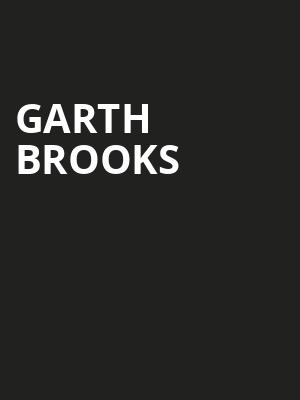 To date Country music behemoth Garth Brooks is the USA's best-selling solo albums artist in the United States since 1991, well over five million ahead of his nearest rival, the Beatles. Full of that country charm, and with his plethora of hits accompanying him, make sure you don't miss him live this year as he sets out on a handful of exclusive dates!

Garth received seven Diamond Awards for the now seven albums certified by the Recording Industry Association of America at over 10 million album sales... each! Since 1989, Brooks has released 22 records in all and has won several awards in his career, including the RIAA Award for best-selling solo albums artist of the century in the US. Garth is also known for breaking venue attendance records, don't be the one to let him down, get your tickets quick before they sell out! This guy is unstoppable.

About Cheyenne Theater: We are an independent show guide not a venue or show. We sell primary, discount and resale tickets and prices may be above or below face value.

View all times and dates

I enjoy Garth Brooks I've been to several concerts and I must say he puts... more

Read all reviews Write a review

Sound good to you? Share this page on social media and let your friends know about Garth Brooks at Cheyenne Frontier Days.

Keep up to date

I want email news and updates for events in my area! Read how we protect your data.

You know the drill, websites need cookies to make them work. Details of how we do it here. Hello! It's probably obvious, but we need to let you know that we use cookies to enable us to run this website and for it to actually work! You can find lots more detail in our Cookie Policy.
Got it!